I was recently interviewed Exclusively by a ucombo.com! Everyone check it out!!!!
http://www.ucombo.com/reviews/an-exclusive-interview-with-song-writer-roro/

Hey whats good everybody. My Name is Rolandis but i’m better known as

artist. I’ve been doing music since I was 7 years old.

I’m originally from Orlando, fl but currently living in Japan. My father

is a hip-hop rapper/producer by the name of Little Ko-chese; He was

internationally recognized for his hit song titled “booty swang” in 1993.

2) How did you come up with your stage name?

after Levell. I’m not sure how he came up with the name but i’m guessing since my first name is Rolandis, then Roro was shorter, and much easier to remember.

3) What sets you apart from other artists?

4) What single or project are you currently pushing?

I’m working on a bunch of stuff right now. The primary projects I’m

I also have 2 other singles dropping soon.

5) What is the philosophy by which you live by?

6) Which artists have inspired you to pursue music?

well I have to give all the credit to my father. I’m still to this day one

of his biggest fans. He inspired me to do music. But Growning up, 2pac,Michael Jackson,prince, earth,wind and fire. Marvin Gaye,Whitney Houston, Dmz, Cannibus, LL COOL J, 50 Cent, Eminem, Jay-z, and Outkast also inspired me.

7) Who does the songwriting ?

I do all my own writing. No ghost over here! lol..

(8) What is your opinion of the current state of the music industry?

people are doing it for the wrong reason. I feel people are using music to get

famous, rich, and everything else other than for the love of music. Like I mentioned earlier, I’ve been doing music i was 7 and nobody never had to tell me to do it. No one never made me do it. I did it because i loved it, through out all the ups and downs that it have brought me.

So basically I think musicians should bring the love back to music.

I would make it more authentic. I think everything is so fake and staged now. sometimes it feels like I’m watching a reality show.lol.. I would also try to make it more positive. i think music has a big impact on the world, especially the younger generation so i would like to make it a lot more positive and speak more on real situations in the world.

with in the future?

Yes, I would like to work with Stevie Wonder,Aretha Franklin, Norah

Ne-yo, Eminem, and Dr. Dre just to name a few! we would be here for days if i named all the people that i would like to collaborate with…

11) What producer would you like to collaborate with in the future?

12) What Is your favorite movie and favorite book?

13) What is your favorite part of your live show? How has It evolved?

Favorite part is the crowd and the rush i get being up there performing.

I think my shows have evolved by me putting more work into my shows. When I’m performing, I want to give a great show so I try to think of other ways I can entertain the crowd other than just standing on stage rapping. To me, that’s boring. I like to give the audience their money’s worth. Give them something to remember

15) Any final words for the people.

If you never give up and keep working hard then 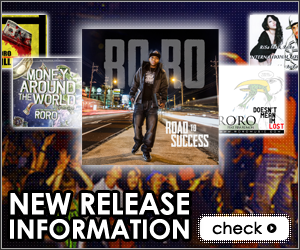